Emily Ertz is a reporter for Rebel Radio. She is a current freshman Journalism and Law major
from New York, New York, also pursuing minors in Japanese and Russian. This is Emily’s first
year with Rebel Radio, having previously worked at the Wildlife Conservation Society’s Central
Park Zoo in the Conservation Department. Through this she would report environmental issues
to the public alongside the New York State Government.

Emily attended high school at Saint Vincent Ferrer, where she was part of the Advanced English
Department, receiving a diploma with highest honors. She was also a member of the National
Honor Society and National Spanish Honor Society, as she is proficient in both English and
Spanish. Emily worked on the Student Council Executive Board as the secretary, having the job
of broadcasting news to the entire school about current and upcoming events. She also won
multiple writing contests and scholarships such as the Fra Angelico Artistic Scholarship and the
Creative Poetry Contest.

Outside of Rebel Radio, Emily is a member of the Public Policy Club and Phi Mu Sorority. She also works as a performer for multiple theatre companies in New
York. Emily is ecstatic to be a part of the Rebel Radio reporter team and hopes you tune in!

Sydney Price is a reporter for Rebel Radio. She is currently a Junior from Normal, Illinois, majoring in Integrated Marketing Communications with a minor in Business. This is Sydney’s first year with Rebel Radio. Sydney attended Normal Community High School, where she was a part of the Advanced /Honors English Department and the National Art […] 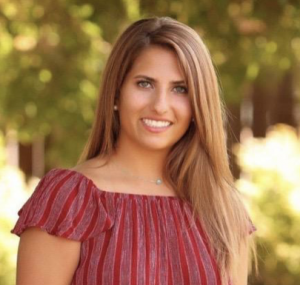 Meet your reporter, Averi Eisen! Averi is currently a senior majoring in Integrated Marketing Communications and minoring in Business. Averi is from Denver, Colorado and this will be her first year with Rebel Radio! Last fall Averi had the opportunity to study abroad in Barcelona, Spain where she had the chance to shadow a professor […]

Darren is a senior marketing and management major with an emphasis in healthcare administration. He is from Dixon, Missouri and this will be his first semester joining us at Rebel Radio. Darren is also involved in Greek life is an active member of Kappa Sigma at Ole Miss. In his free time, he also enjoys […]